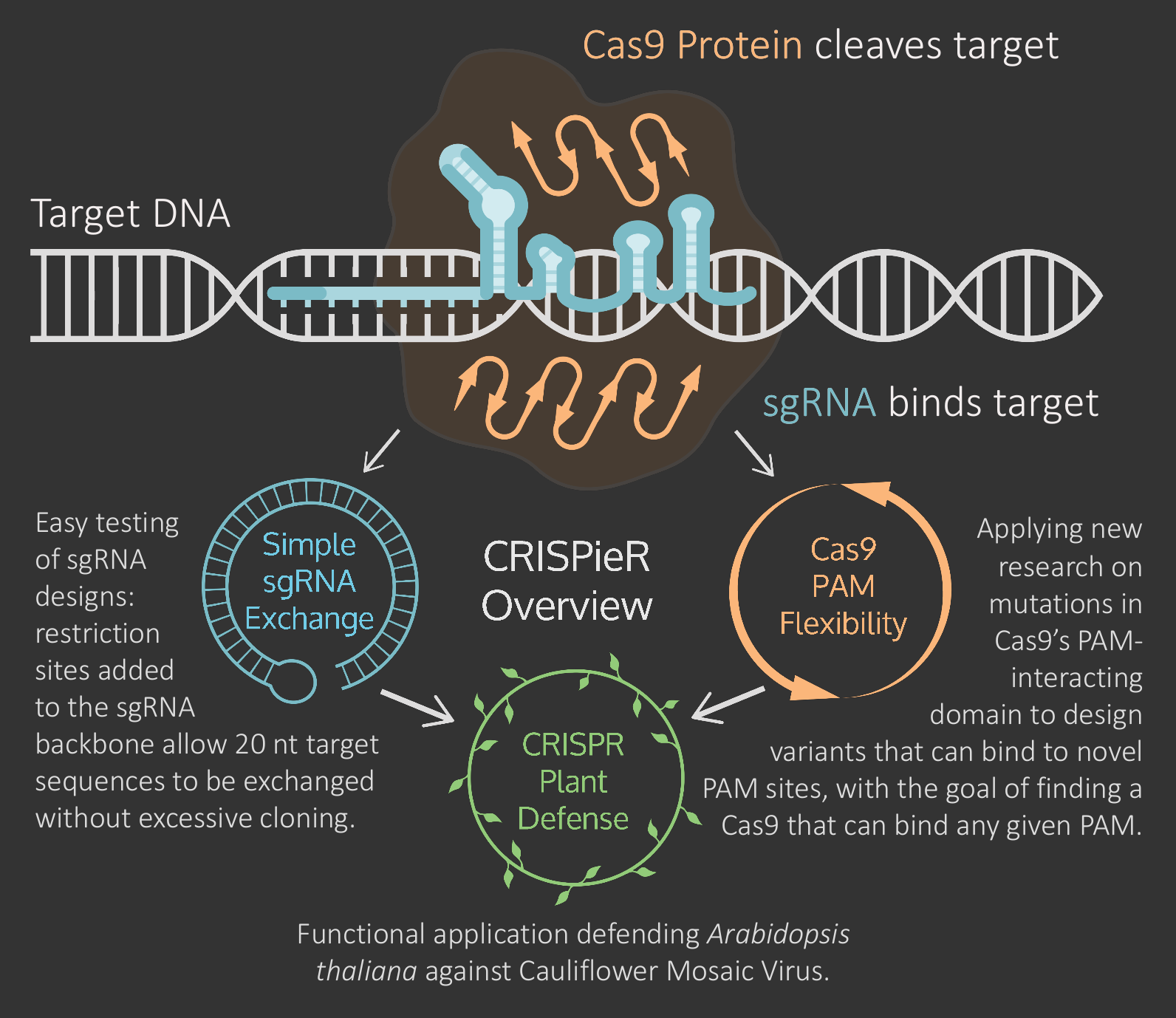 The CRISPR-Cas9 system had been making headlines for the past few years, and its possible applications in synthetic/systems biology are pretty exciting. The iGEM team had been interested in this topic for a few years, at this point, so we decided to face some of the issues surrounding CRISPR head on, to see what developments could be made in the area.

I won’t discuss the specifics in great depth, since I think we did a pretty good job explaining everything on our wiki1 (unfortunately it looks like javascript has been disabled on the back-end, so the site isn’t working properly). But the main ideas behind the project were:

This was my most involved year in the team, as I took on the Project Director role. It was exciting being essentially a mini-principal investigator for the group and getting to see the logistical side of things in how research groups run.

I did a ton of different things:

I also ended up taking my own mini-project and wrote a critique of iGEM and how it functions2. My main issue stemmed from the fact that is was so expensive to actually run the team, and that I had participated in other university teams that didn’t require nearly the same scope of resources to.

The critique made a little bit of noise, as Randy Rettburg (one of the iGEM founders) came to talk to me about my article. That was unexpected, but it honestly was quite a nice conversation. Like I mention in the “Post-Jamboree Update”, he and I discussed some logistics of the competition and how it works, and the amount of personal investment Randy had made in iGEM when it was in danger of going bankrupt.

I don’t currently stand by everything that I said in that critique, but I understand why I said what I did, and I think there are still some elements of truth in there.

All in all, 2015 was a very intense and difficult year for me doing iGEM, but I learned an incredible amount about research, managing teams and people, properly expressing criticism, and a little bit of modelling and wet-lab work along the way.

That was the most successful year our team had at the competition, and we were proud of that. There were ~ 40 people in total who put in a ton of time, effort, and energy into our work, and though there were many highs and lows, I sincerely appreciate everything that happened, and the lessons learned.

If you want a full description of the team’s work, it can be found on the Waterloo iGEM’s 2015 project wiki1.

University of Waterloo's iGEM team had been fascinated with CRISPR systems for a few years, so we decided to probe the specifics of how the system works, and attempted to find some possible improvements to the system.