I’ve recently discovered PubPeer1 as a means for discussing and reviewing current scientific literature. It seems like a pretty good system, and they’ve got web extensions for Chrome2 and Firefox3, but nothing for Edge. To fix that, I ported PubPeer’s Chrome extension for Microsoft Edge. You can find it on my GitHub4.

The extension allow you to see right on an article’s page if there’s discussion about this paper on PubPeer, which is pretty handy. 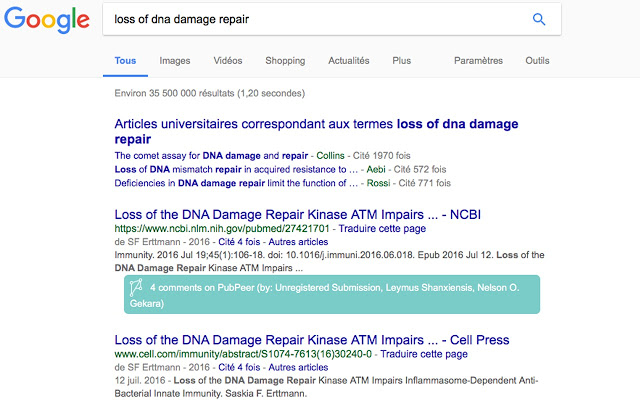 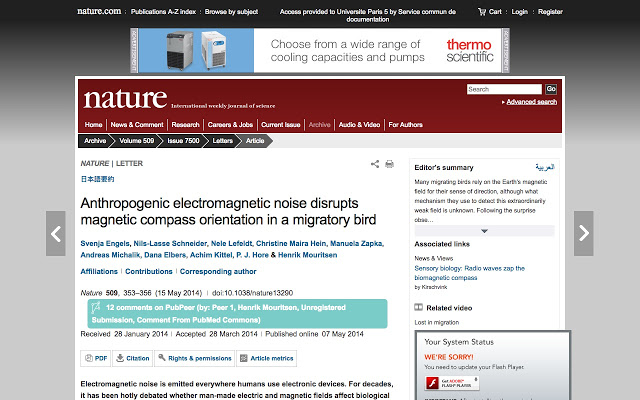 But that was 3 years ago5, and they haven’t added a Safari extension, like they said they would. And, since Microsoft Edge is a newer browser, with extensions still under wraps, they don’t have an extension for Edge either.

So I decided to change that, and fork PubPeer’s Chrome extension6, and make an extension for Edge.

Since Microsoft is limiting the publishing of Edge extensions to the Microsoft Store, for now, I can’t make it an official app you can download. But, I do have it in a public repo on GitHub4, so check it out there and read the installation instructions to use it for yourself.

I’ll update this page if/when I manage to publish the extension to the store.

Microsoft Edge to switching to a Chromium backend7, so it’ll be able to make use of Chrome extensions. Looks like there’s no need for this anymore, so I’m definitely not going to publish it on the Microsoft Store now.