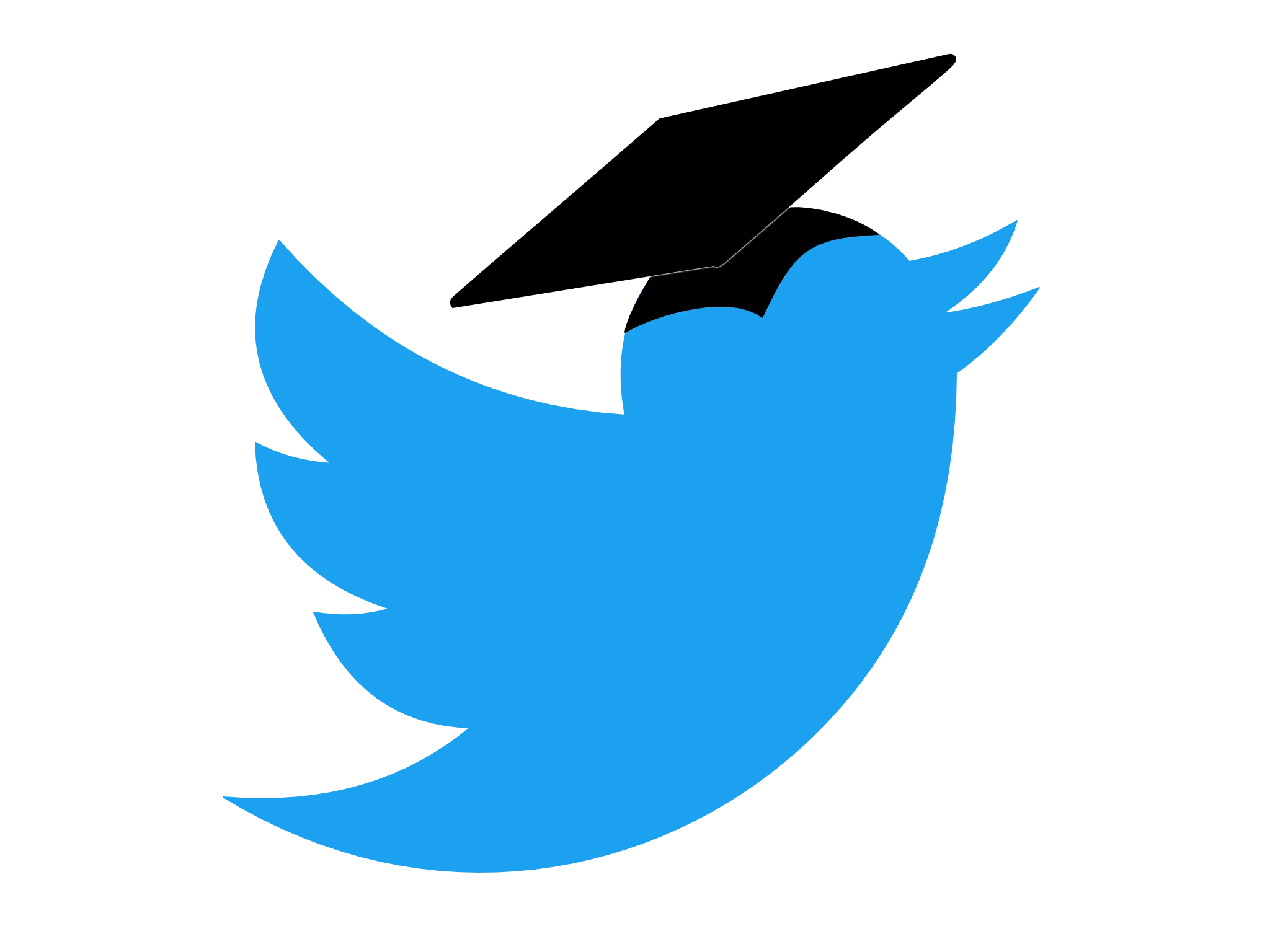 I was advised by peers and colleagues to make a Twitter account for my academic career when I started my degree. Being predominantly against most social media websites, I held off for a while. But in the second half of 2018, I mulled around the idea of making a mini academic venture out of using Twitter, so I decided to try it out and see what results I got from using it.

Here are some of the positive aspects I heard from others about joining Twitter:

Essentially, these all boil down to the same underlying point: many academics make use of Twitter. Having a Twitter account puts you in the same online social space.

Being exposed to new researchers and research

By joining a new social space, you meet new people and get exposed to new fields and results and ways of thinking. It’s a good thing and helps stop intellectual inbreeding. It’s one of the reasons why I wanted to jump from mathematics to biology; to see what I was missing out on, and to see if I could inject some mathematical logic into biological systems.

Of course, you can silo yourself in by only following people who do the same thing as you, but I didn’t find that to be the case. Every scientist I followed had expertise in an area related to my field, but never overlapped completely enough to keep me isolated from other work that they did or were interested in.

Can’t make a conference that would be interesting to attend? Just follow someone who is attending and watch the live tweets roll in. One of my committee members, Michael Hoffman (@michaelhoffman) is particularly good at this1, and is widely known for it.

When new papers are announced, many scientists are happy to share their opinions and discuss the new results out in the open. Some go above and beyond the call of duty and provide extremely detailed feedback. One excellent example I found was by Anshul Kundaje (@anshulkundaje) on a preprint from a friend of mine, Mehran Karimzade (@MKarimzade). Here are the “some comments” he gave.

Peaking behind the curtain

Sometimes you get to look at what happens beneath the surface in your field, and it can be very enlightening to see both the good and the bad. One particularly bad thing I’d like to highlight here is the topic of harassment in academia, something that Serena Nik-Zainal (@SerenaNikZainal) has tweeted about extensively over the last year. Here are some highlights:

It doesn’t take much research to figure out which two people she seems to be complaining about most, which is unfortunate, given that their combined work is so highly cited. Seeing this type of behaviour, even allegedly, reminds us that science is believing the in fallibility of experts, both academically and personally.

You can’t have social media without memes and jokes. Pick your favourites from here, if you like.

Here are some fun ones I found on my own:

Yes, I know that Donald Trump is President of the US. And yes, I also know that lots of people don’t like him. And while we can go into all the reasons why policy x or statement y is bad for science and research, I don’t want to. I especially don’t want to read your silly, (un)informed opinion about it – or even worse, someone else’s silly, (un)informed opinion about it2. That’s not what I’m here for.

But despite having over 30 blocked words solely relating to Trump and American politics, I still wasn’t able to stop a large amount of political commentary from making it through to my Twitter feed. I simply wasn’t able to control what I saw that tightly without also completely excluding people whose work I wanted to see. Which leads me nicely into the next thing I didn’t like.

For those who don’t know, this is where a specific Twitter account will tweet links to papers or preprints relating to a certain topic (take @biorxiv_genomic as an example). I guess some people find these useful? I mostly found them to be a flood of sometimes-relevant-but-mostly-not links to papers that I’d never have the time to even think about reading.

Mental distraction and reasonable justification for being on Twitter

This was a double combination6 of factors that I found particularly bad. When you’re at your computer at work, you should be doing work. Finding out about new research and reading colleagues’ thoughts definitely counts as work. By using Twitter, I can do that and get all the mini dopamine hits that come from self- or external-validation of social media at the same time. What could go wrong?

Joking aside, I did find that this justification seemed more and more reasonable when I really needed to do something that I wasn’t particularly interested in doing. It made it easy to slack off while reducing the guilt associated with slacking off.

Additionally, I found that in those brief moments where you’re waiting for a computation to finish, it was all too easy to open up Twitter and read new stuff. It served as both an active (“I can quickly check what’s new on Twitter”) and passive (“I wonder what’s new on Twitter right now?”) distraction for me.

Many of the justifications that I heard from others, in my opinion, were already met by my system of RSS feeds in Zotero8. I could already follow the publications by authors that I liked without needing to see all of the irrelevant that came along with Twitter. And the occasional science blog that I followed exposed me to some papers I wouldn’t normally find.

Sure, I missed out on the conference live-tweeting but I already had so many papers to read. If I was going to try and catch up on a conference, I’d just read some proceedings or summary of it afterwards.

The main philosophical difference that I found between these two systems is that although they both have the same preface of “find what you like and read it”, my RSS system actually does this, whereas what I saw on Twitter was not fully controlled by me. Yes, there are limitations to both systems, but at least my RSS system is of my own design and I can change it as I wish. I can’t change how Twitter functions, just who I follow.

Put another way: feeds are focused, Twitter’s an onslaught.

Twitter is the wild west of social media and there are definitely good things about it. But I found that when I found something I didn’t like about it, I really didn’t like it. And ultimately I didn’t get enough benefit out of it to be worth sifting through my already-curated-list-of-people-I-wanted-to-follow.

I do know that I didn’t engage with the platform as much as I could have, and this probably affected how much benefit I got from it. But at the end of the day, if what I’m using isn’t all that beneficial to me unless I radically change my behaviour, it’s probably not a good tool for me to use.

In the spirit of the medium, I’ll conclude with this < 280 character9 summary:

tl;dr: signal-to-noise ratio was way too low to be useful.

I'll go against the current trend and say that I don't think you should use Twitter as a tool for working in academia.