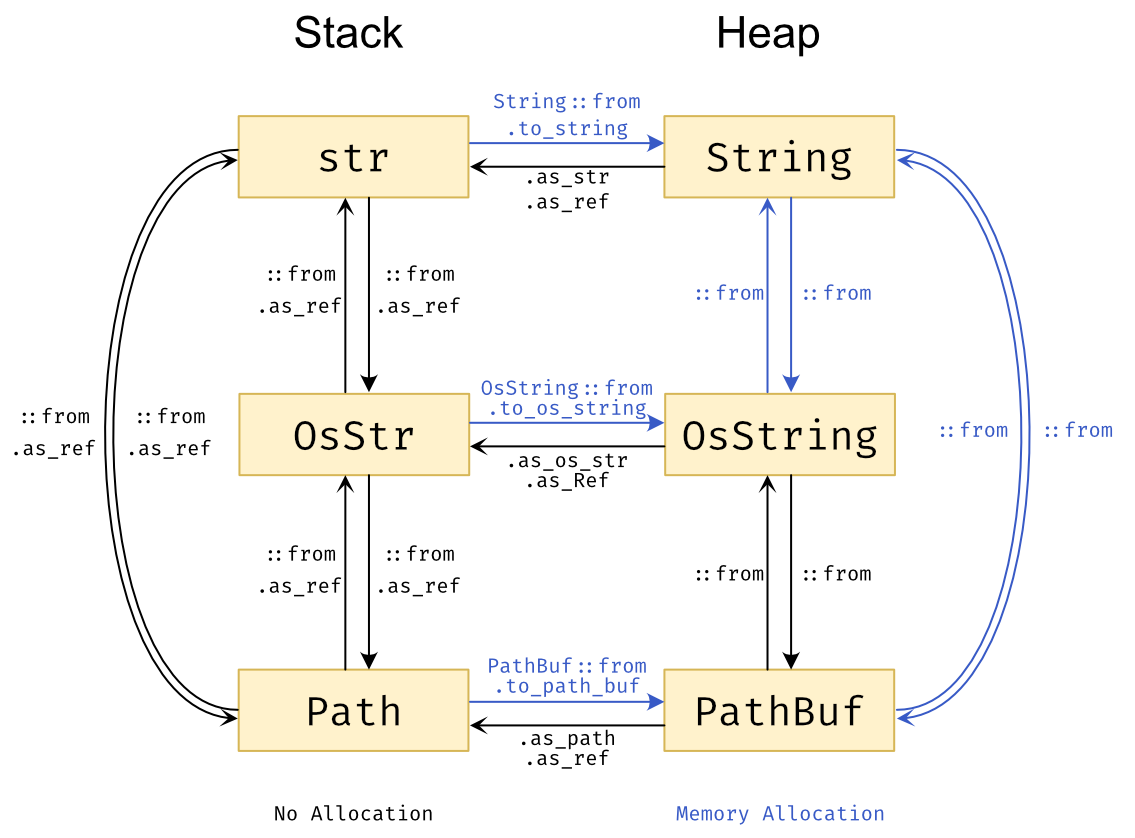 The Rust language falls on the statically typed side of the fence, here. And, as a result, there are many ways to convert between different data types.

One of the types I have always had trouble dealing with is the PathBuf type 1. PathBufs are closely related to the OsString, String, &Path, &OsStr, and &str types, and converting between them always feels unclear to me. Here, I want to break down how these types are related to each other, why they’re different, and how to convert between them.

I’ll start with the obligatory discussion about the heap. Without going too deep, String-like types don’t necessarily have a known size at compile time. This means you can’t allocate a fixed size in memory and be guaranteed that a particular String won’t ever need more than that. To get around this problem, Rust, like other low-level languages, implement Strings as a vector by allocating a certain capacity of memory on the heap. You can see this in the definition of the String type 2:

Rust lets you access this data by accessing the vector-like struct directly or by a slice. Slices, unlike Strings, will have a known size at compile time. Slices are made of two parts: a pointer to the starting memory location and the length of the slice 3. Slices, being a fixed size, can be stored on the stack. While the slice is a primitive type and lives on the stack, you can access what the slice is referencing in the heap using the & reference operator.

The PathBuf and Path types are what you would use to handle file paths, regardless of the operating system. From the Rust documentation, a PathBuf is

and a Path is

PathBuf are to Strings as &Paths are to &strs. But PathBufs and Paths have extra features. 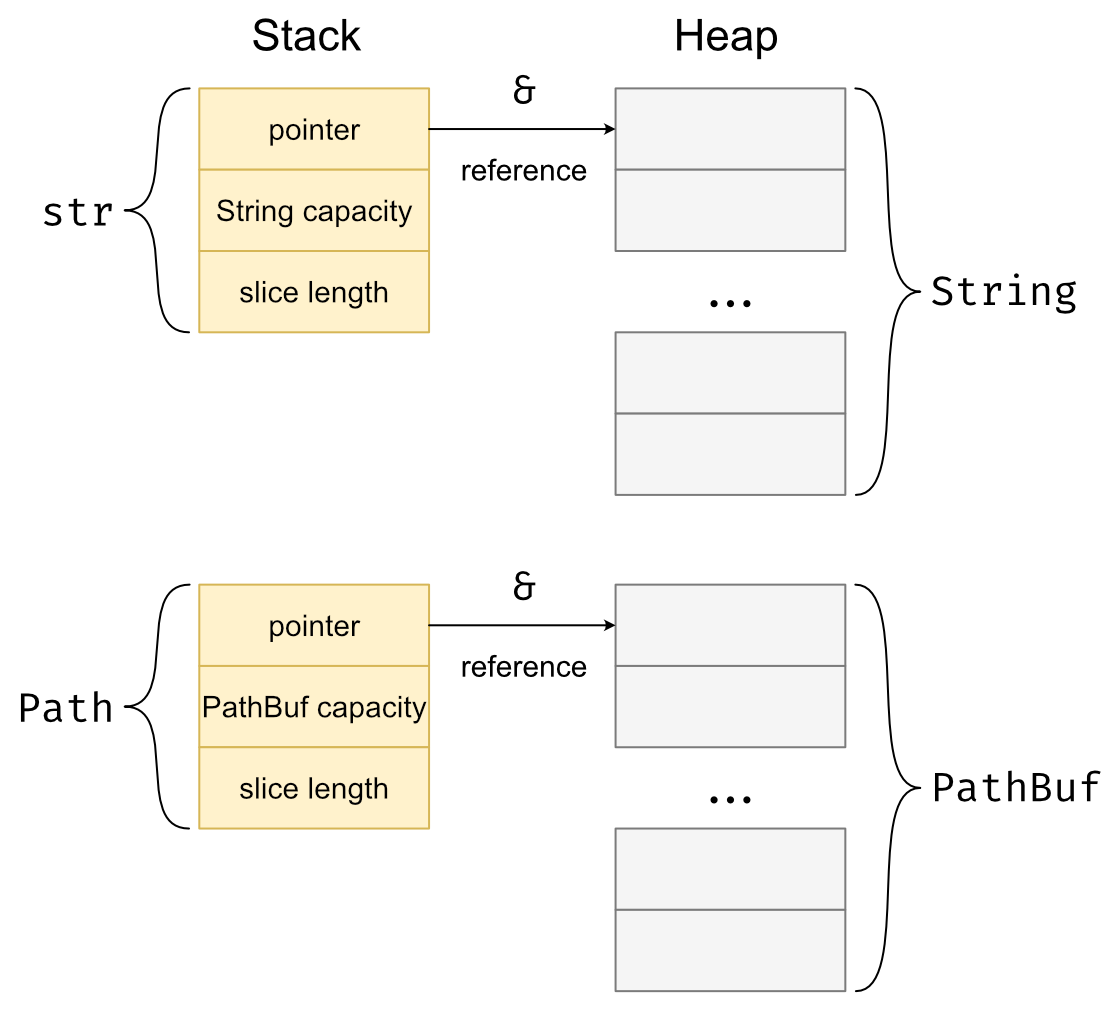 But when we look at the PathBuf definition to see how it’s declared, we find something unexpected:

Instead of PathBuf being an extension to String, there’s this intermediate OsString type we have to deal with. But what is an OsString and why do we need it? OsString is described as:

A type that can represent owned, mutable platform-native strings, but is cheaply inter-convertible with Rust strings. The need for this type arises from the fact that:

If it’s hard to piece together what’s going on here, let’s summarize the situation.

To convert between all these types, we can look for implementations in the Rust code and documentation. All the owned types can be freely referenced with the .as_ref() method, but converting to and from Strings requires memory allocation.

We get a free bonus converting between OsString and PathBuf since they are essentially the same thing, under the hood. But this map has helped me convert between these types a bit more easily without needing to think about it so much.

My general advice is that if you are trying to work with paths, try your best to use PathBuf. But if you want your code to run on multiple operating systems, you will inevitably run into some OsStrings that you will probably need to convert into a valid PathBuf. You can use the map above to easily convert between them.

This post isn’t exhaustive. There are still edge cases to deal with, like the OS-specific OsStringExt on Unix, WASI and Windows. But at least this map will serve you for most purposes.

In Rust, I have always had trouble dealing with paths and how they differ from strings. Here, I want to break down how these types are related to each other, why they're different, and how to convert between them.